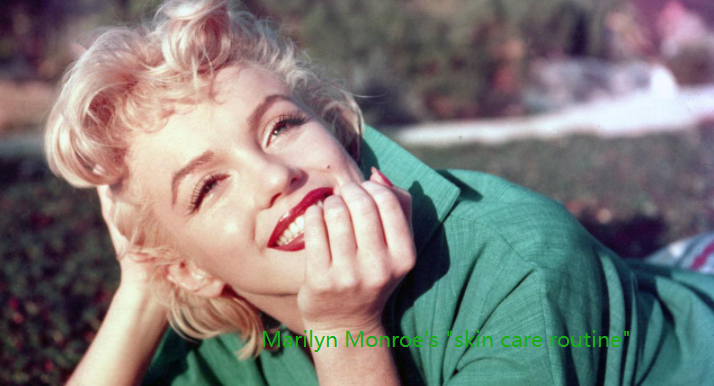 What was Marilyn Monroe's skincare routine?

The late Marilyn Monroe, who died mysteriously in 1962 at the age of just 36, was one of the most popular actresses and models of the 1950s, and a legendary sex symbol who still attracts many people today. A skin care routine that Marilyn may have done before her death has been released.

This was to be shown to the public at the first special exhibition of "The Makeup Museum", which was supposed to open in NY earlier this month, but the opening was postponed due to the new coronavirus, so it was posted on Instagram. The special exhibition, "Pink Jungle: American Makeup in the 1950s," features makeup tools used by Marilyn and other historical celebrities, and introduces the state of cosmetics in America in the 1950s.

Marilyn's skincare routine was introduced by the late Dr. Erno Laszlo, a famous dermatologist in New York who was loved by many celebrities including the late Grace Kelly and the late Audrey Hepburn, and who devised the most advanced skincare regimen at the time.

First, she gently cleanses her face and neck with a lather of solid soap and applies a mild exfoliating lotion. Dr. Laszlo advises Marilyn to wipe off any excess liquid with a tissue at this time.

The next step is to apply an eye cream to the dark circles under her eyes and wipe off any unabsorbed oil with a tissue.

As a finishing touch to her skincare routine, Monroe used a face powder with moisturizing ingredients. Dr. László reminds us to wipe off the excess powder one minute after applying a generous amount of powder, as well as the other steps.

According to the skincare plan prescribed by Dr. László, Marilyn follows a three-step skincare regimen at night.

The second step is to apply a good moisturizing cream to the entire face, lips, neck and décolleté. Marilyn used something called "Active Ferritile Cream", which she said had an ointment-like texture.

And the last step is quite surprising. Generally, creams are used at the end of skin care, but Marilyn used a moisturizing lotion on top of the cream and wiped it off. This is a surprising technique, but she used it to remove excess oil and allow more moisture to penetrate the skin.

The skincare brand "Erno Laszlo," which was born from the expertise of Dr. Laszlo, is famous, and many of the items that Marilyn used are still sold today.

Many of the items that Marilyn used to use are still sold today. Reality star Kim Kardashian also said in Harper's Bazaar that she uses Erno Laszlo's solid soap, which has been loved by many celebrities throughout the ages.

Marilyn Monroe's skin care routine was released over time. Marilyn, who was loved as a sex symbol, took care of her beauty with a cutting-edge beauty regimen that was filled with care.